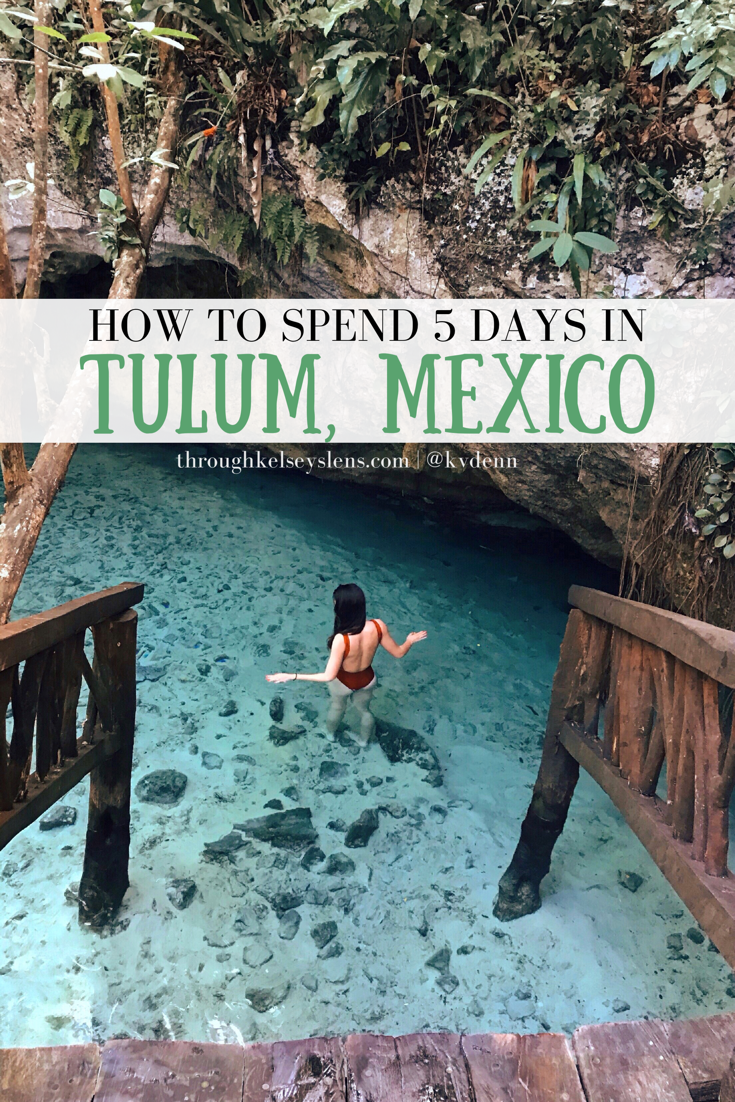 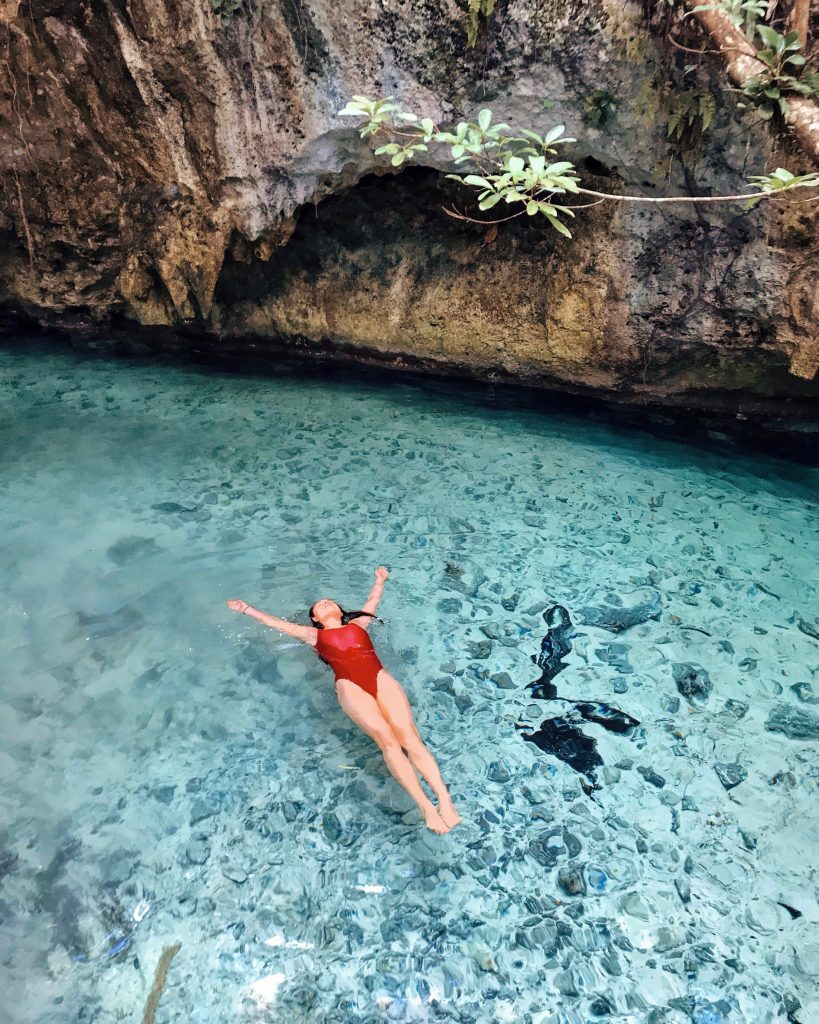 Initially, I had hoped to visit a second cenote (Cenote Calavera) that day, but given our cold/hungry state, it seemed best to head for lunch at Burrito Amor in town instead. This was one of my favorite places to eat in Tulum—the prices were fairly reasonable (I paid 100 pesos / ~$5 USD for my al pastor burrito, which came wrapped in a leaf!), the food and drinks were delicious, and the decor was quite aesthetic. We spent the rest of the afternoon chilled out in a cabana on the roof at Hotel Naay, where we enjoyed another beautiful sunset. 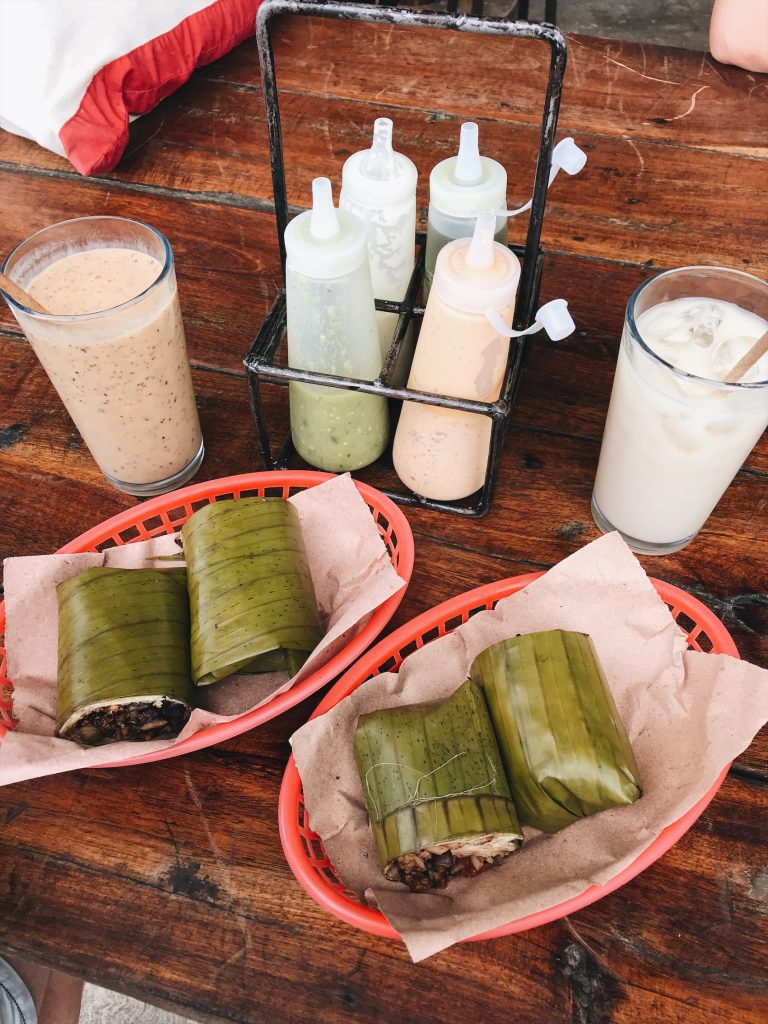 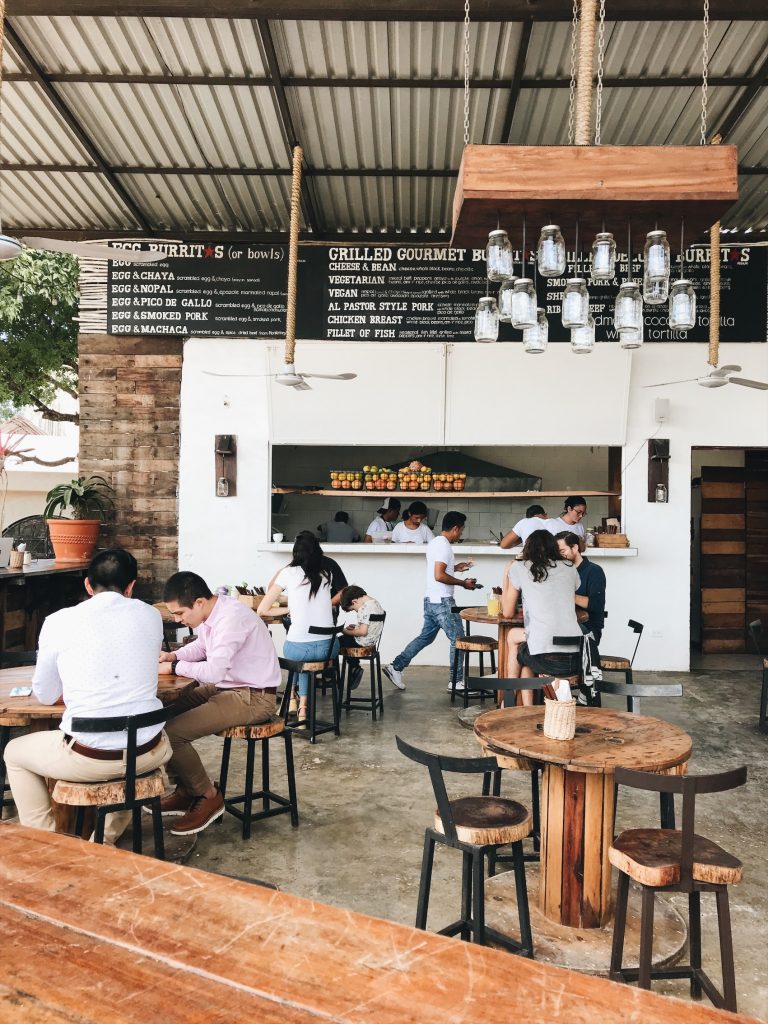 Later that evening we dropped by Arca, a restaurant on the beach road near Hartwood, for a late dinner. We didn’t have a reservation, so grabbed drinks at the bar until a table freed up. I love Arca’s small plates approach—everything is meant to be shared. My boyfriend and I shared the roasted pepper tartare, soft-shelled crab tacos, lobster empanadas, and suckling pig served with chayote squash noodles. Everything was spot on, and honestly even rivaled Hartwood as my favorite dinner spot in Tulum. We finished off the night with some to die for gelato at Origami down the road. 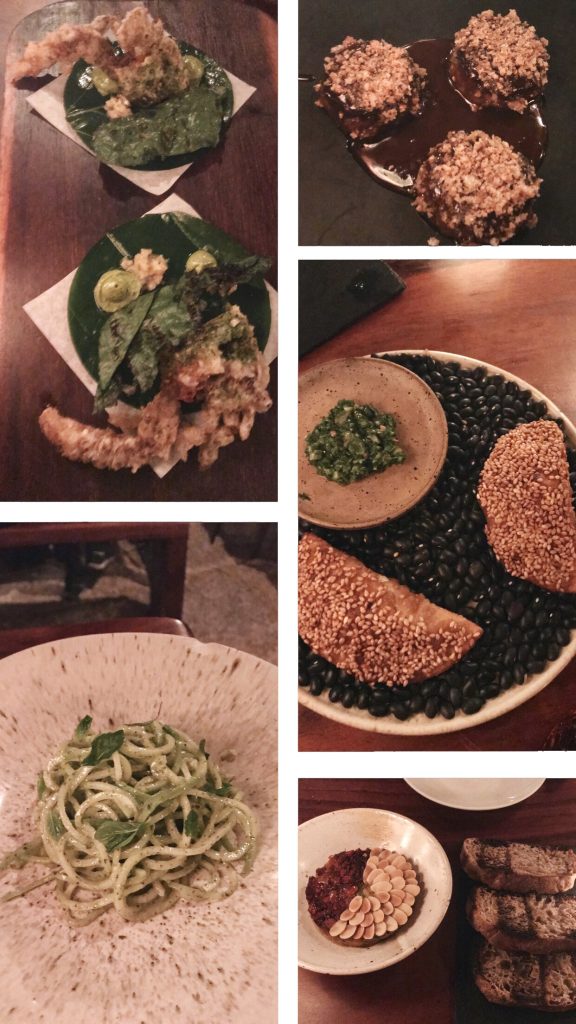 The next morning we biked to the beach again for a chilled-out day by the ocean. On my initial “itinerary” I had hoped to make a day trip to Valladolid, Chichen Itza, and some cenotes in the area, but energy levels suggested that a more laid-back day was the move, particularly as I had seen Chichen Itza on a previous trip. This time we spent a few hours at Coco, a hotel and beach bar known for its swings and all-white aesthetic. Coco was very welcoming and had no minimum spend—we just bought a few drinks and pulled up a swing facing the beach. I would highly recommend visiting Coco if you want to spend a few hours at a beach club with without the fuss. 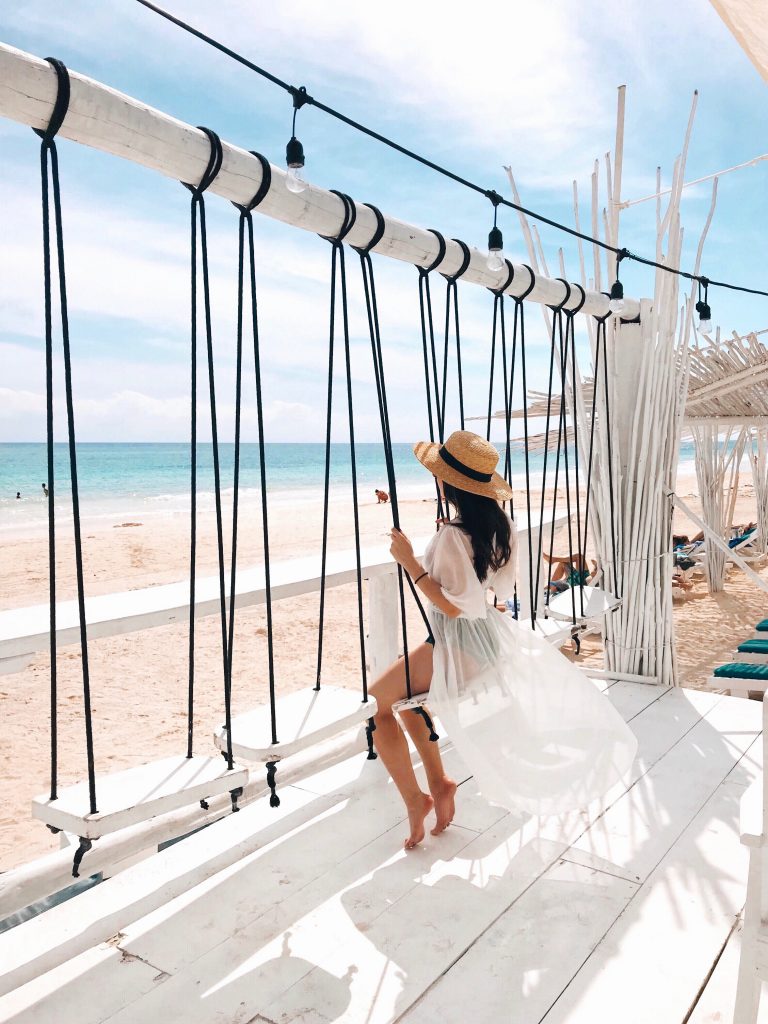 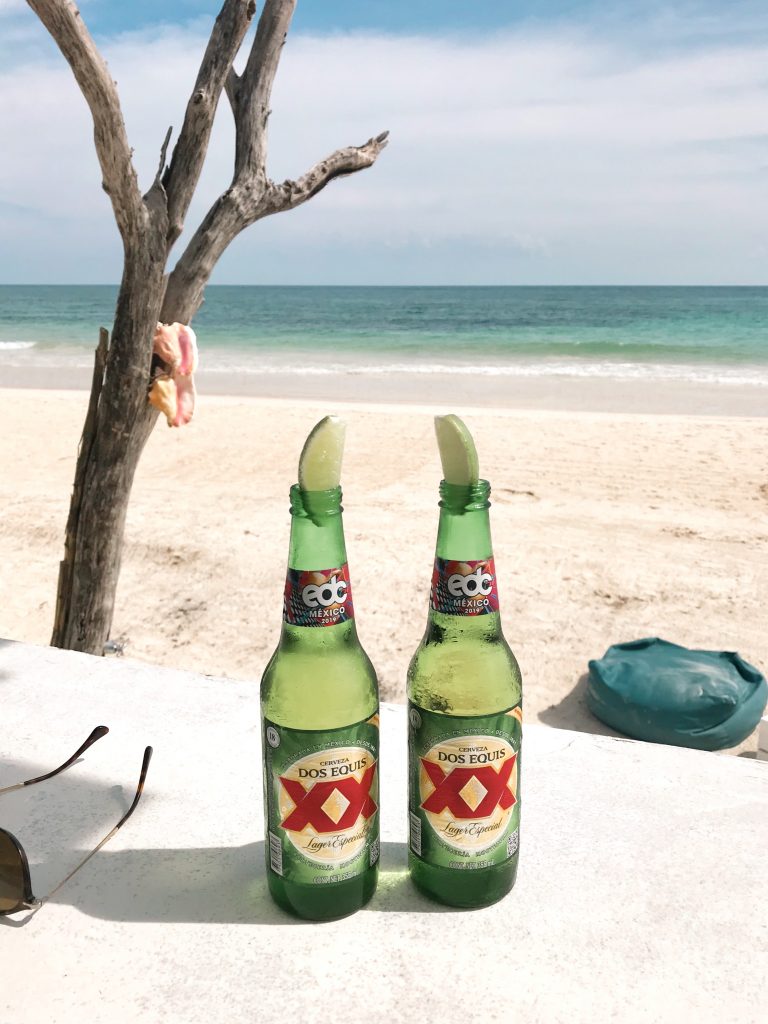 After a lovely walk along the beach, we rode our bikes into town to grab some tacos at Antojitos La Chiapaneca (it was so good the first time we had to come back!) and buy our ADO Bus tickets back to Cancun airport for the next day.

As golden hour approached, we decided to give Azulik another chance, this time making a reservation at their Japanese fusion restaurant Tseen Ja. We got the same rude impression from many of the staff members, but at least we were expecting it this time. When we arrived for our reservation, we learned that for a fixed price of about 550 pesos we could get “drinks and bites” on the roof for sunset. As sunset views were really what I was after, we ditched our 6pm reservation and took the offer. By the time we got there the “bites” were a bit picked over, so go early for the full experience, although they did put out truffle edamame later on. In seemingly typical-Azulik fashion, it wasn’t entirely clear what we had paid for (open bar? one drink?), but we eventually figured out that only the first drink was included in the price. As we were two of the last ones on the roof, the friendly bartender gave us each G+Ts on the house before they closed up. But if not for that kind gesture, I’m not sure the one drink and minimal “bites” were worth the price, although the sunset was certainly spectacular. 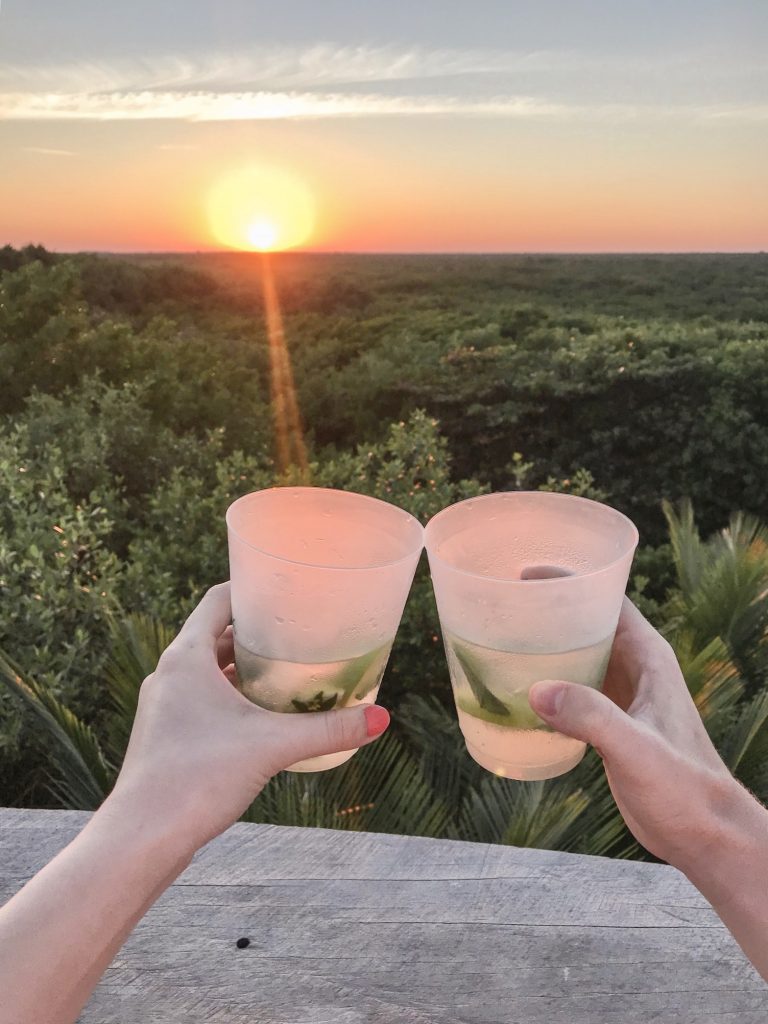 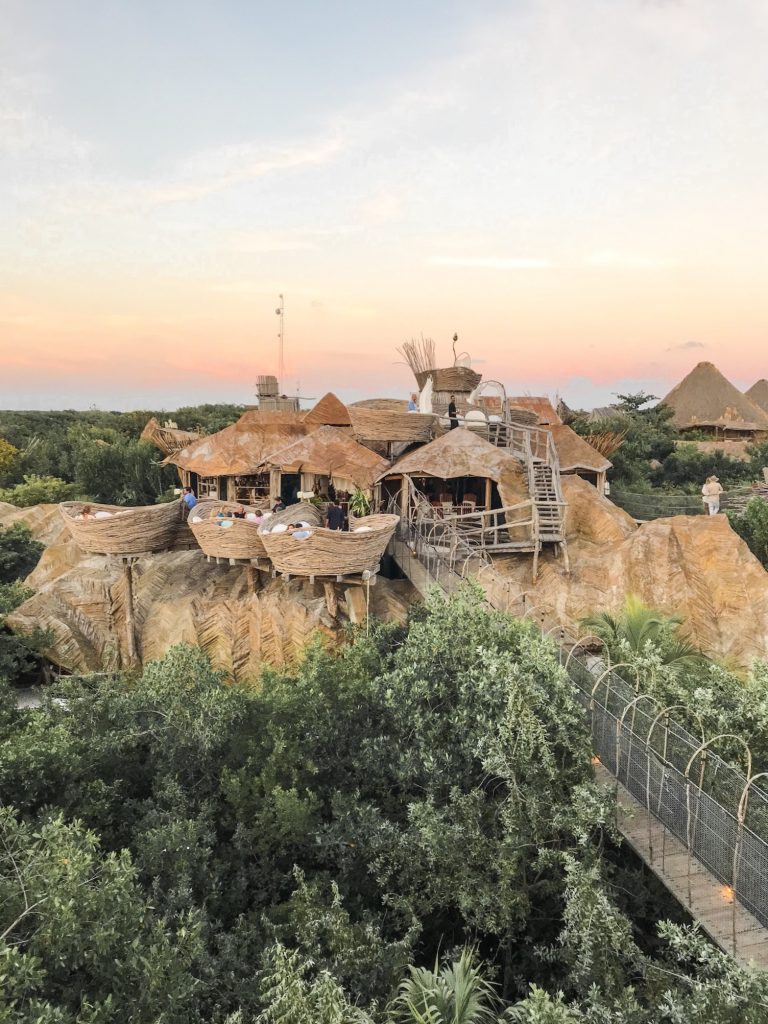 After the sunset, we grabbed a taxi back to Aldea Zama for dinner at Safari across the street from our hotel. This is Safari’s second location (their first is out of an airstream trailer on the beach—so cool!) and I highly recommend it if you’re staying in the area.

Alas, our final day in Mexico (or so we thought)! Unexpectedly, the hotel had a power outage for most of the morning, but luckily that didn’t stop us from soaking in the last moments by the rooftop pool. Around 12:45pm we took a cab to the ADO Bus station in town. Before hopping on the bus, we stopped to grab some cheap and delicious paletas (popsicles) from Flor de Michoacan across the street.

A few hours later we made it to the Cancun airport, only to discover that our Viva Aerobus flight had been cancelled until the next morning due to the supposedly impending winter storm in NY. Although it would have been helpful if the airline had emailed us about the cancellation before we arrived at the airport, we kept our cool (unlike several other passengers) and booked a nearby airport hotel City Express Plus Cancún Aeropuerto for the night. Earlier in our trip I had hoped I could just stay in Mexico forever—be careful what you wish for!

The next morning at 8:30am we were boarding the plane back to winter storm-free NYC. Although there was a bit of a speed bump at the end, the flight cancellation didn’t change the fact that we had a relaxing and memorable trip to Tulum. We may not have fit in every single thing on my list, but looking back I think that was for the best—we came back well-rested instead of needing a “vacation from our vacation.” In any event, Tulum (and the Yucatán peninsula more generally) are only a short flight away from NYC, so I’m sure we’ll be back to discover more of the area soon! 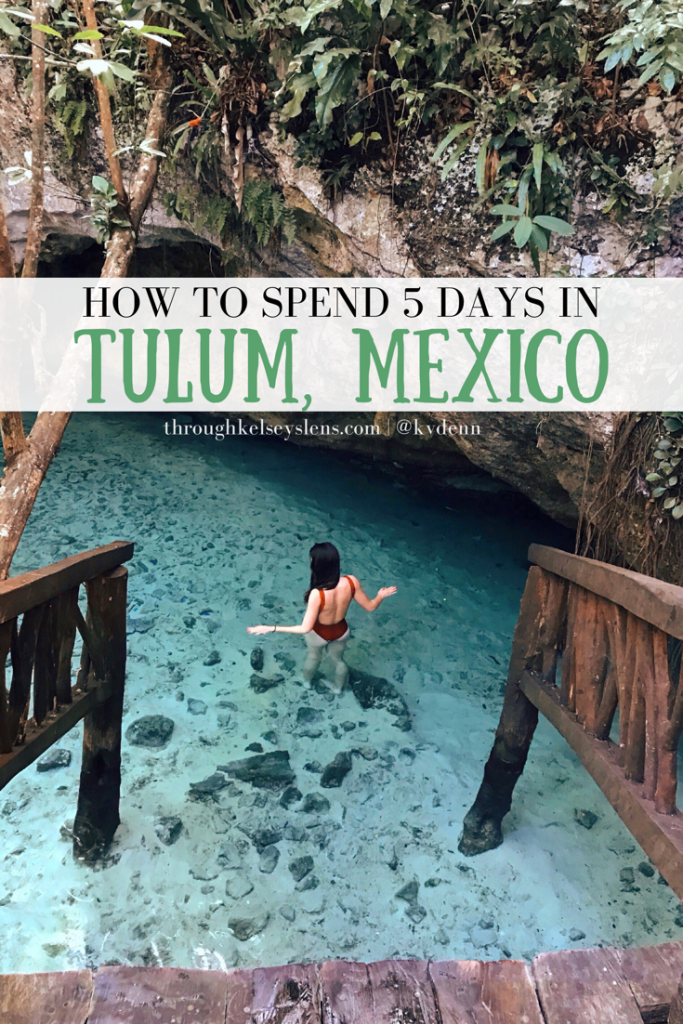 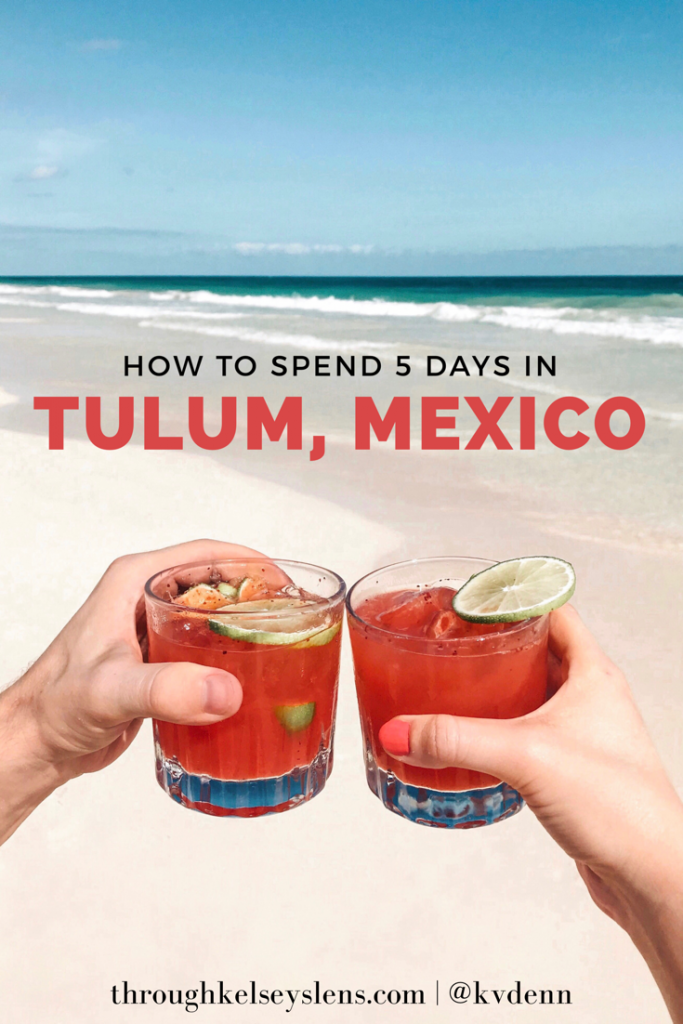 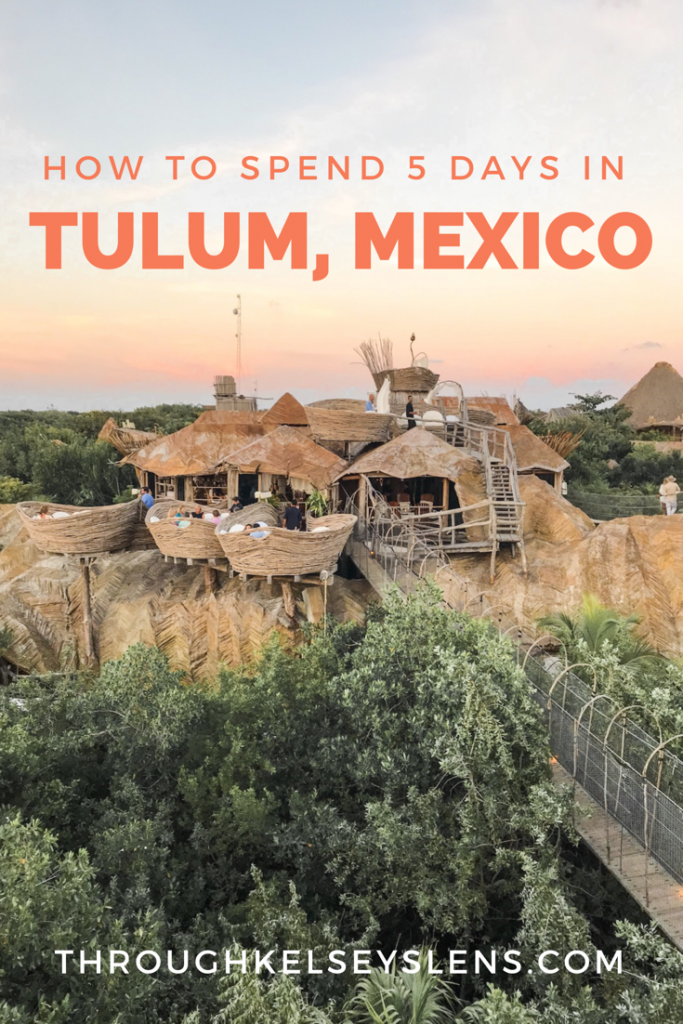 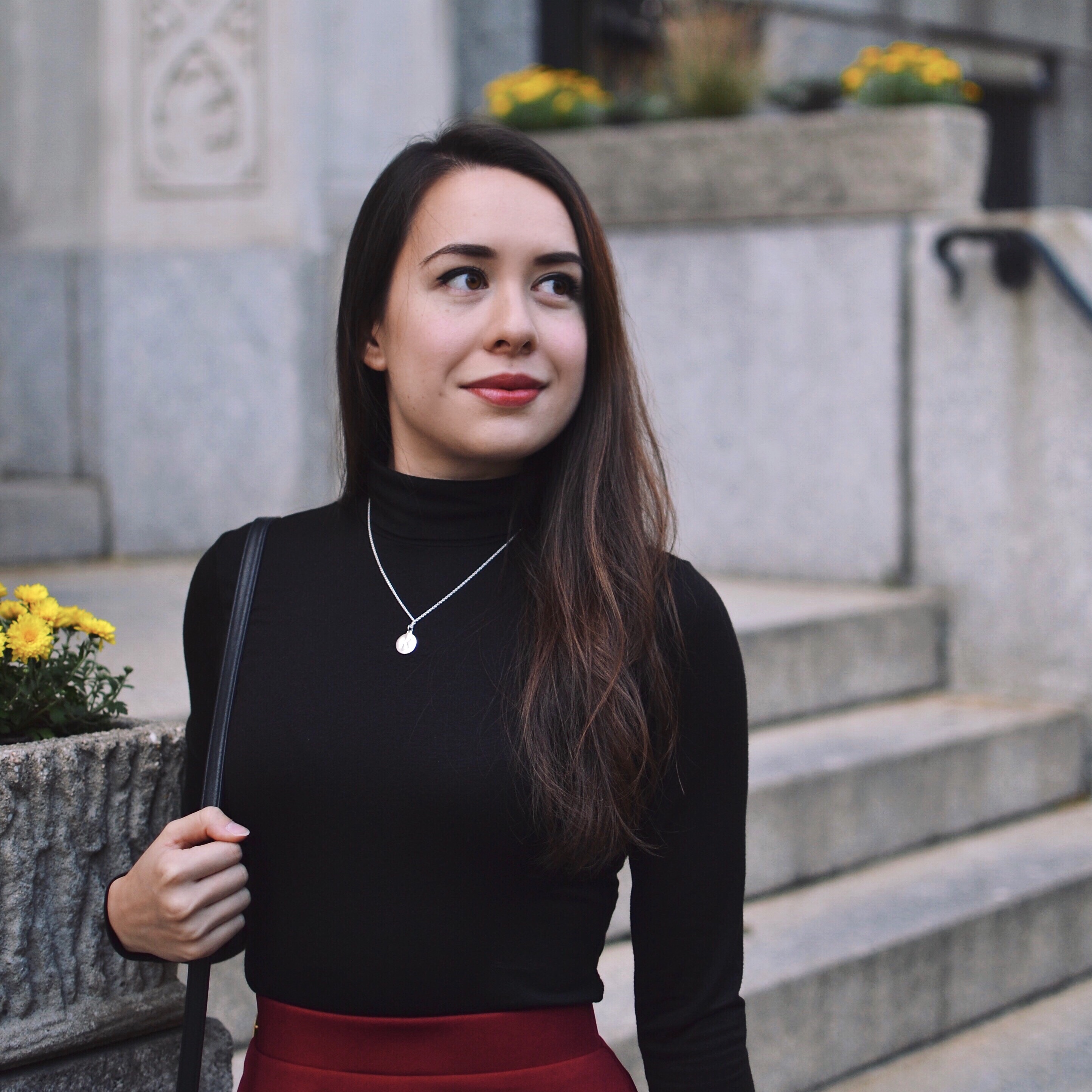 One of my all time favorite NYC spring photos from

From a sunny day in the park 🌸 (definitely not

The courtyard at @maisonladuree at the prettiest t

The Mets lost but these cherry blossoms were prett

The kwanzan cherry blossoms on the west side of th

Love the little pop of color in front of this cute

Happy Easter and Happy Passover to those who celeb

Happy Friday! 🌸🚕 (and yes I did stand and wa

Rooftop season is back! 🥂🌃

Ready for spring 🌼 Took a 6 week hiatus from po

One of my all time favorite NYC spring photos from

From a sunny day in the park 🌸 (definitely not

The courtyard at @maisonladuree at the prettiest t

The Mets lost but these cherry blossoms were prett

The kwanzan cherry blossoms on the west side of th

Love the little pop of color in front of this cute

Happy Easter and Happy Passover to those who celeb

Happy Friday! 🌸🚕 (and yes I did stand and wa

Rooftop season is back! 🥂🌃

Ready for spring 🌼 Took a 6 week hiatus from po